Skip to content
If you click a link on this page, then go on to make a purchase, we may receive a commission but at no extra cost to you. Learn More
Categories Coffee Guides 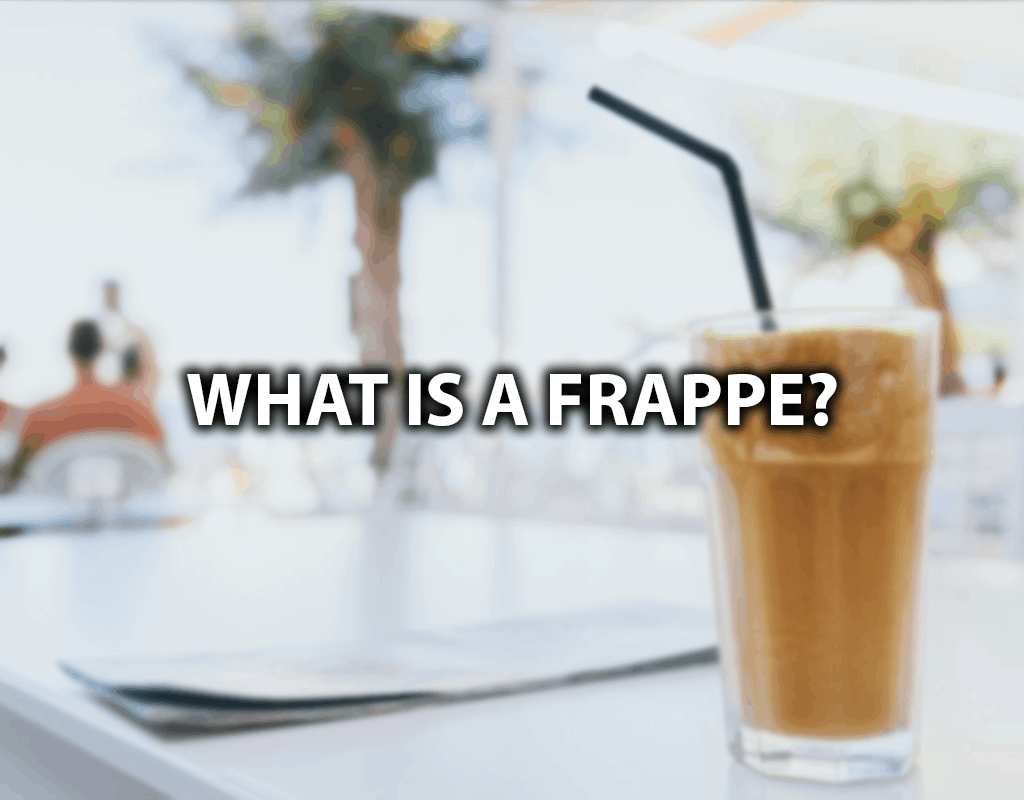 These drinks are usually confused as ice cream or a simple shake. The truth is that they are in the same family of drinks. But a frappe differs by being a little different and delicious, they very tasty indeed.

The frappé is a cold coffee drink made and served in a special and simple way that is easy to bring around with you on the street. There are different types of frappés.

According to the kind of coffee we want and the amount of milk we have used for its preparation: classic frappé. Frappuccino frappé latte (coffee latte). frappé Moka… are some of the most typical. Although. In some places, they serve the frappe as a milkshake, and its only flavor would not be coffee.

But certainly, the frappe is a drink of an iced coffee prepared with milk. While cold coffees usually are taken with a couple of whole ice cubes. Frappe is taken with crushed ice (which is what makes It different): and is usually accompanied by cream and essences of vanilla, chocolate, and caramel. The frappés are served in huge glasses as usual. Moreover. Although it is a cold and refreshing drink.

It is also common to drink It In summer and in any season of the year. People usually think that a slushie is the same as a frappe. Because of the consistency of the ice. However, the difference between these drinks is straightforward: The slushie is a drink with crushed ice made With fruit while the frappé is a coffee flavour, and the smoothie is a fruit shake with ice and essences of your preference.

It may even surprise some of you that we talk about it as a coffee preparation. Many may mentally have it included in the category of these summer preparations to have something refreshing on scorching days like smoothies. Smoothie or slushie, even more than as a type of coffee.

Here is a guide on how to make a frappe!

It certainly shares characteristics with all these drinks.

• With the slushie, it shares that it uses crushed ice In its preparation, although the latter. The slushie. uses fruit juice instead of coffee.

• The shake and the frappé share the fact that both use milk, but this is usually much denser and more compact than the frappé! And a shake does not typically have coffee in it

• And with the smoothie it shares being a very refreshing drink although the latter is made with fruit pieces, sometimes frozen fruits. Some people like to add chocolate milk or a scoop of vanilla ice cream as decoration.

Others, rare would be the oppos te. Turn Café Frappé Into a cocktail: adding a little liquor like kahlüa. We finish our Café Frappé. Serving it in a tall glass and decorating it with a bit of cinnamon powder. A squirt of syrup: or my favorite. Some coffee beans. It is really a very extensive topic about the frappe. Because there’s still a lot of confusion about whether it’s a shake or a slushie.

If you’re interested in the Best Light Roast Coffee, or the Best Italian Coffee, we also have many guides on our site!

Hi, my name is David and I come from Columbus, Ohio. I am a amateur photographer, and a coffee lover. I love to write, and don't mind me a cup of joe!